Thumbpicks are widely used in fingerstyle guitar music, although they are not essential. A thumbpick can be used to emphasize the bass notes, as it enables one to transmit more force onto the strings compared to playing with nails or with bare fingers. Apart from that a thumbpick is advantageous for playing songs with a palm muted bass. And if a thumbpick is supported with the index finger it mimics a flatpick, enabling one to play sequences of single notes very rapidly.
Some guitar players prefer to play all fingerstyle music with a thumbpick. Unfortunately the disadvantage of thumbpicks is that they offer less control over the timbre or color of the notes.

All notes in this exercise are muted with the palm of the hand. The position of the hand relative to the guitar saddle has a lot of impact on the sound of the muted notes; try to find a position that creates a pleasant sound.
Although the thumbpick can be used for both upstrokes and downstrokes, it is common to only use downstrokes unless a very fast part needs to be played.
You first might want to learn the fragment without muting the bass in order to get used to the feel of a thumbpick. 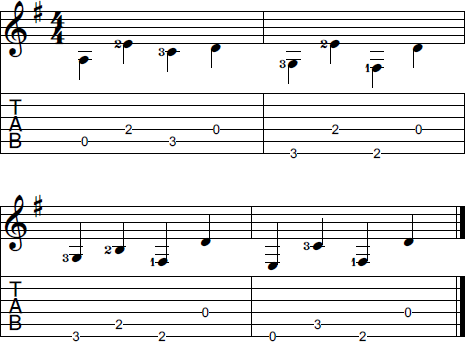 The notes played on the fourth, fifth and sixth string are palm muted. Unlike most other fragments on this website, the melody notes are not played with the nails but with the fingers instead, as it is difficult to play melody notes with the nails while palm muting the bass.
Both left hand index and middle finger are not lifted during the first two bars. Variations are made on the second string with the ring finger and pinky finger. 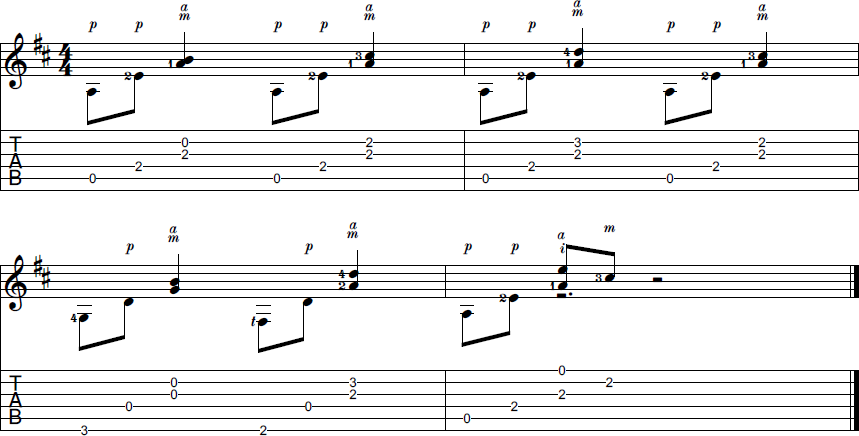 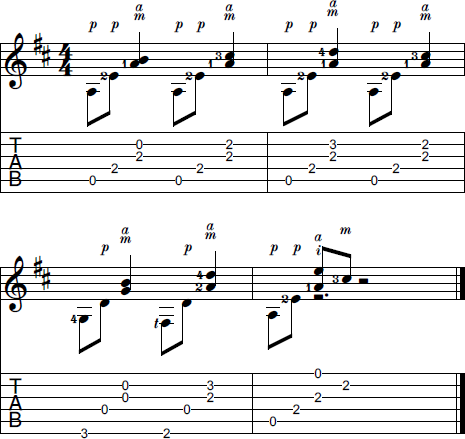 This exercise features a palm muted alternating bass, played with a thumbpick. Melody notes are played with either the index, middle or ring finger, mostly depending on if they are played on the third, second or first string. Only the second melody note in the second bar differs from this as otherwise the ring finger would be needed consecutively.
The last bar contains two notes played on the fourth string. These notes are not only palm muted, but these are also muted with the left hand by gently touching the string with the index finger on top of the first fret. 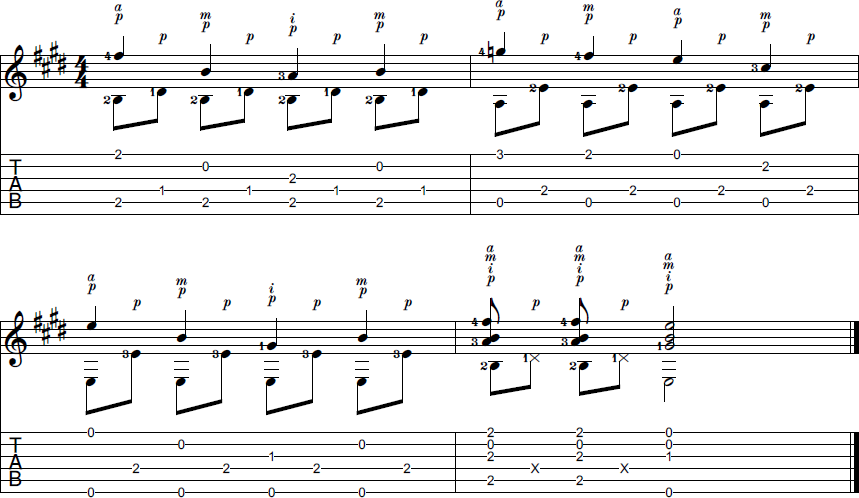 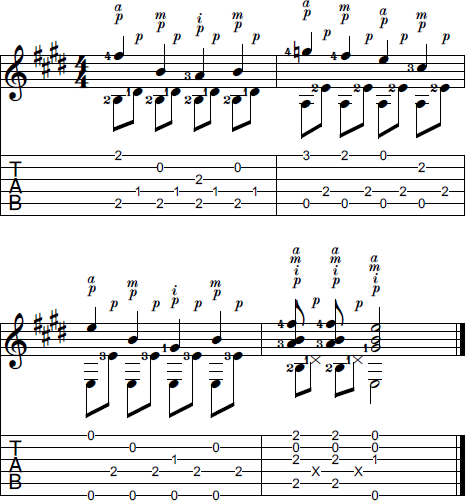 In this fragment the thumbpick is supported with the index finger, as the speed at which the successive notes are played requires both downstrokes and upstrokes of the thumbpick.
The ring finger on the right hand rests on the first string, as this offers additional stability which makes it more convenient to play the fragment at a steady tempo.

If a palm muted bass is combined with a melody, the guitar sounds like two different instruments playing together.
The rhythm is somewhat trickier compared to the previous exercises. The melody part starts with a pull-off. At the end of the third bar the pinky finger starts to slide to the seventh position. Make sure that it arrives at this destination exactly on the first beat of the next bar, as we want the high melody note to coincide with the bass note on this first beat. This is only possible if you slide with the right speed; not too slow and not too fast. 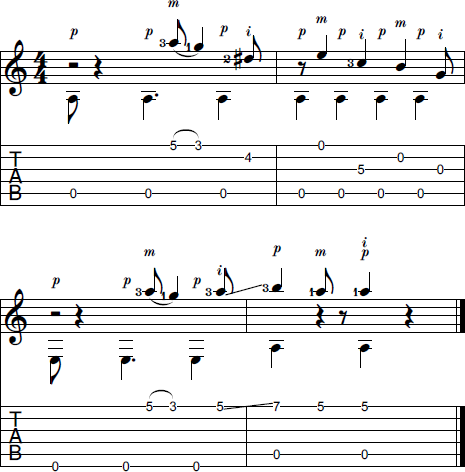