The exercises that are featured on the previous pages only involve single notes. On this page exercises are presented in which two or three notes are played simultaneously. The emphasis is on the coordination of the right hand, but also a new left hand technique is introduced.

Exercise 1
The left index finger is used to fret both the third and fourth string simultaneously. This is called a “partial bar”. Initially one might want to support the index finger with the middle finger, but after a couple of weeks of regular practice, this should not be needed anymore.
Try to avoid touching the fifth string with the fingertip, also during position changes, as this would mute the string. It is recommended to first get used to the rhythm by playing it on open strings, before including the left hand. 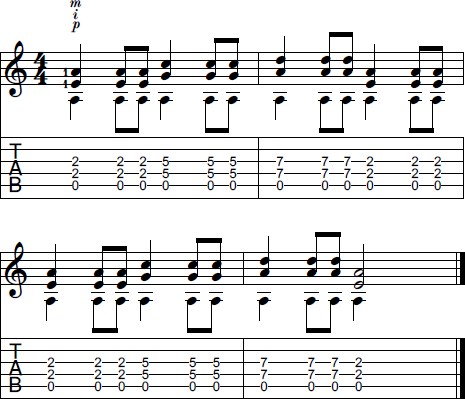 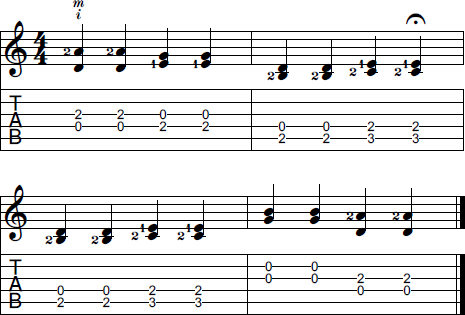 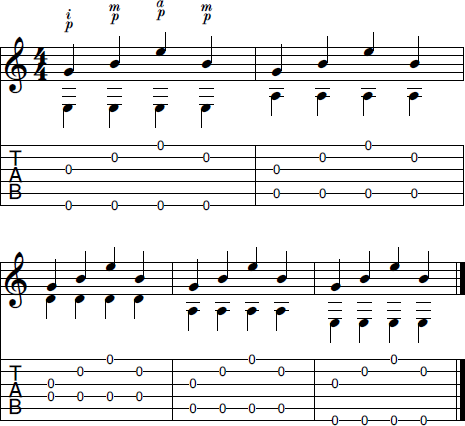 Exercise 4
On the first and third beat of each bar, a bass note is played in combination with a melody note. On each second and fourth beat a pair of melody notes is played. Only the last bar slightly differs from this pattern.
A different left hand position is required in each bar, but throughout the individual bars no left hand changes are needed. 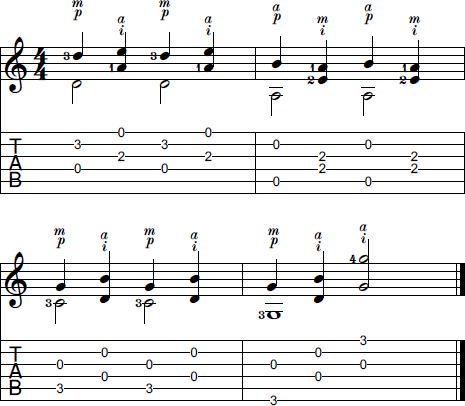