A guitar string always vibrates at multiple frequencies when it is played. By touching the string at specific locations, the fundamental frequency of the string can be muted while its harmonics remain audible. When notes like this are played on open strings they are named natural harmonics.
A more extended use of this technique are the artificial harmonics, which is presented in one of the following lessons. It is however advised to first master the natural harmonics technique.
Harmonics are indicated with diamond-shaped notes in the sheet music and with brackets in the tablature. 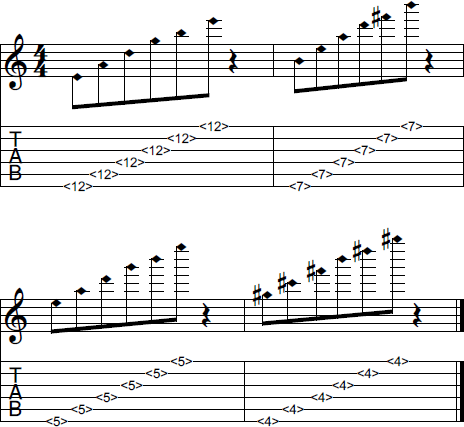 The harmonics technique requires an accurate placement of the left hand its fingertips. In this specific exercise one should also be careful not to accidentally touch the neigboring strings, as this would mute the previously played harmonics.
The stability of the left hand can be increased by keeping the thumb at the same location on the back of the neck. This is especially recommended for the second part of the fragment, which starts after the double barline. 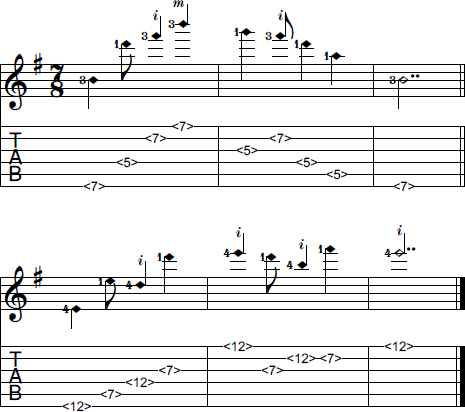 The last fragment of this page combines natural harmonics with ordinarily played notes.
Mind that the left hand fingers that are used to play the harmonics need to be lifted quickly in order to increase the sustain, whereas the left hand fingers that are used to fret the ordinarily played notes should stay on these frets as long as possible.
In both the second and sixth bar, the index finger slides from the ninth to the eleventh position, but not until after the bass note is played. 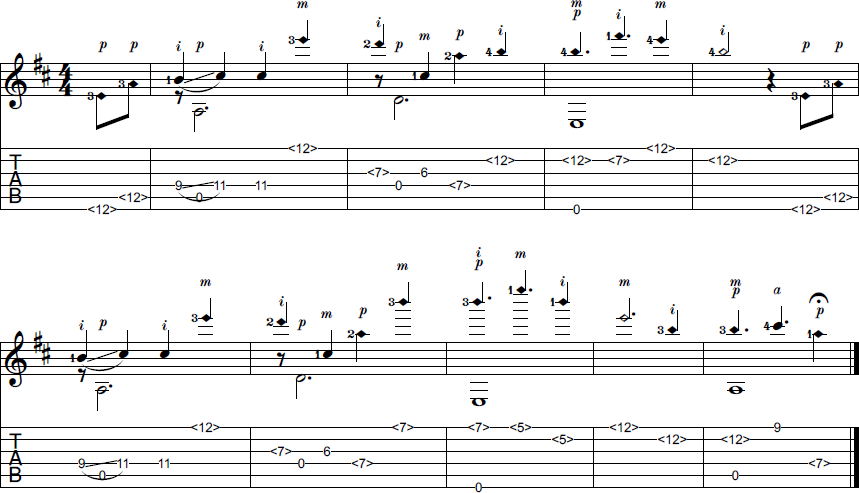 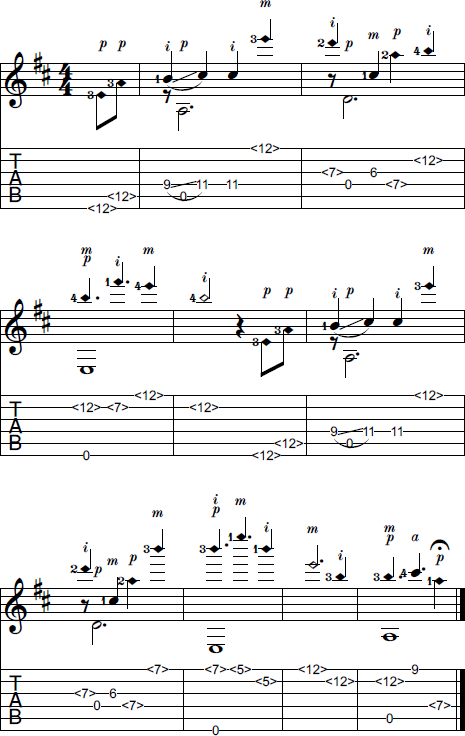