Four intermediate level fingerstyle exercises are presented on this page. 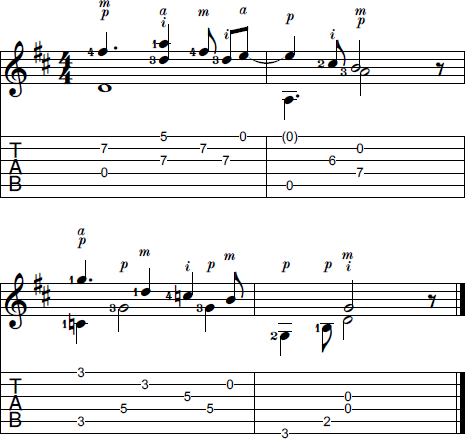 In contrast to the previous exercise, the melody part is now played with an alternation between the index and ring finger, regardless of the string on which the particular notes are played.
The left ring finger provides a stable base for playing the first three bars, as it stays on the same location throughout this part. The rest at the end of the third bar enables one to lift all fingers from the fretboard, and to make a barre with the index finger in order to prepare for the fourth bar. The barre needs to be lifted partly at the end of the fourth bar in order to play the open string, but the fingertip should keep the fifth and sixth string fretted. 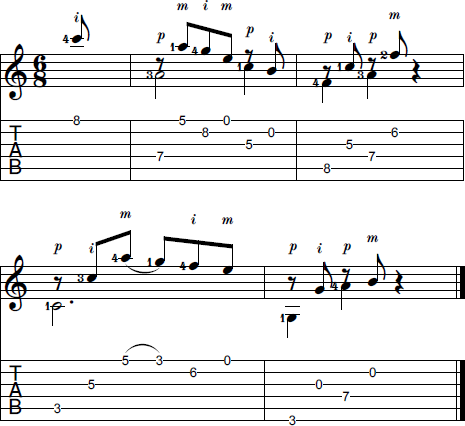 There is a lot of variety in how the right hand plays the notes in this exercise. The arrows in the tablature indicate strums, either upward or downward. Downward strums are played with the nail of the middle finger, whereas upward strums are played with the thumbnail. The curly arrows indicate that each of the notes is plucked by an individual finger, but not at exactly the same time.
The very first note is played with a downstroke of the index finger. The arches in the first, third and fourth bar indicate either hammer-ons or pull-offs. Another remarkability is that the left thumb is used to fret the sixth string, as can be seen in both the second and fourth bar by the letter t in the sheet music. 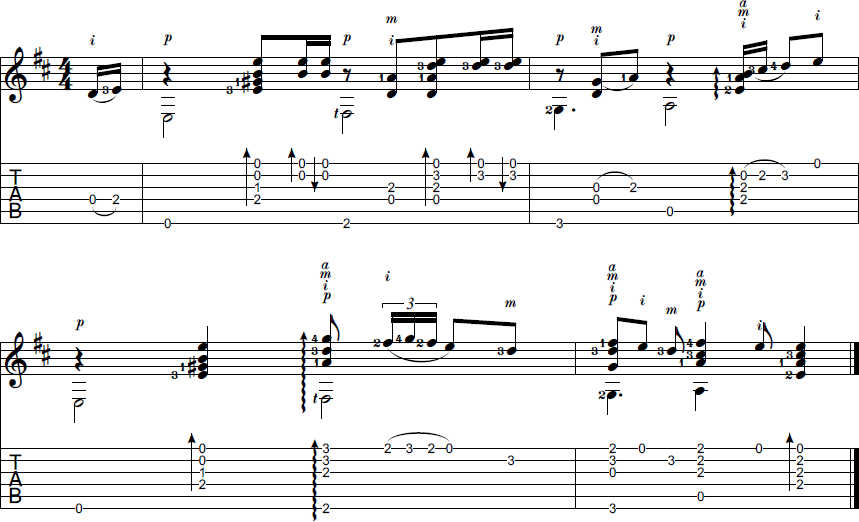 The bass notes in the first and second bar are played on open strings, so the left hand is only needed to fret the melody notes. In the third bar a barre is made with the index finger. Bar four, five and six contain a few slides, both up and down. The fragment ends with a strong strum of the bass strings with the index finger, which can be achieved by supporting this finger with the thumb. 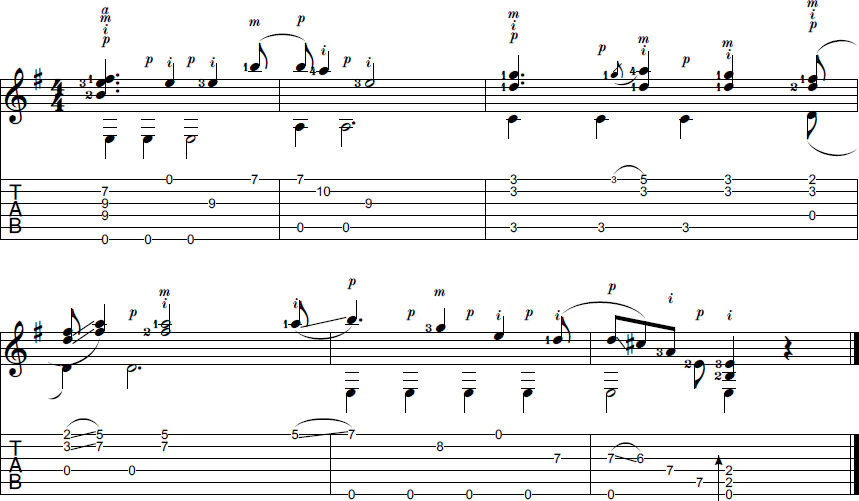 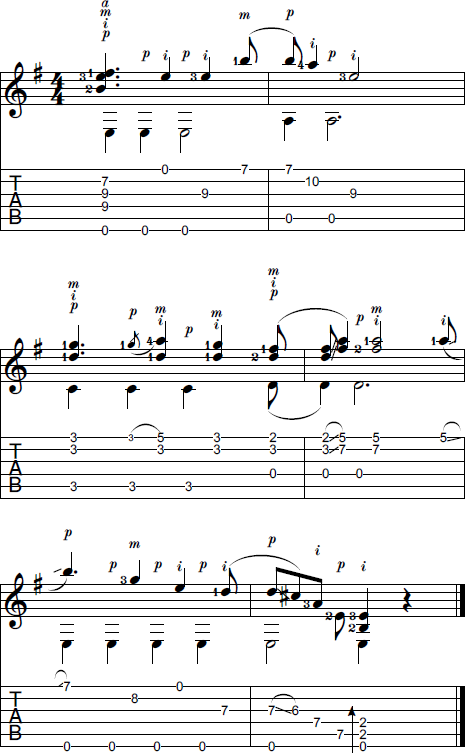