Hybrid picking is a technique in which both the fingers and a flatpick are used to play the strings. It takes a lot of practice to develop a coordination of the right hand that enables one to play a string with a pick and another string with either your middle, ring or little finger simultaneously.
You will need to use your ring finger and little finger much more often than you’re used to. But the strength and ability to coordinate these fingers is probably not on the same level as for your other fingers, which makes adapting the hybrid picking technique difficult.
This lesson contains three hybrid picking exercises of increasing difficulty. If you have never used a flatpick before, it is recommended to first play the single note fragments on the Basics page, but now with a pick instead of the fingers.

Exercise 1
The bass notes are played with a pick, while the melody notes are played alternately with either the middle finger or the ring finger.
If you’re used to playing with your nails you will notice that this is more difficult now, due to the different posture of the hand while holding a pick. Because of this it is common to play with the fingertips instead of the nails when a hybrid picking technique is used. 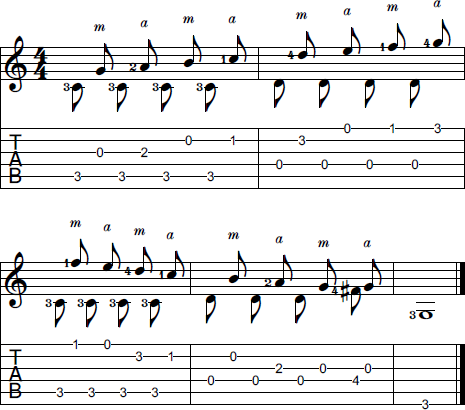 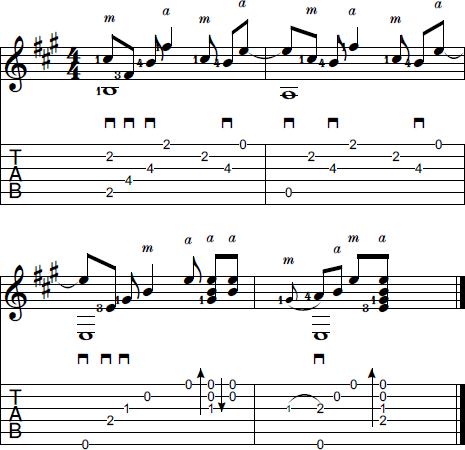 Exercise 3
This fragment is quite difficult for the right hand, because of the challenging rhythm in combination with the hybrid picking technique.
The left hand needs some attention too; the index finger is used multiple times to bar the third position, and the thumb is used two times to fret the sixth string. Try not to lift the other fingers when the thumb takes over the walking bass from the middle finger. 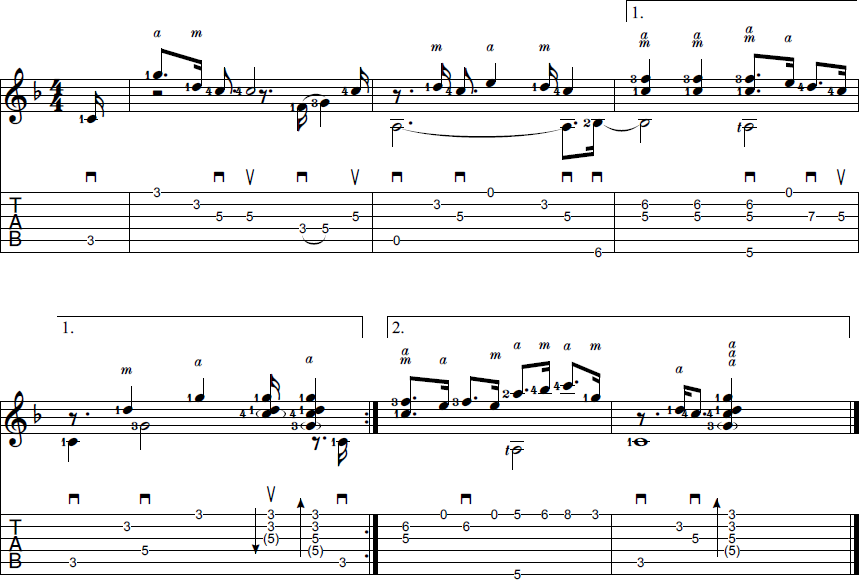 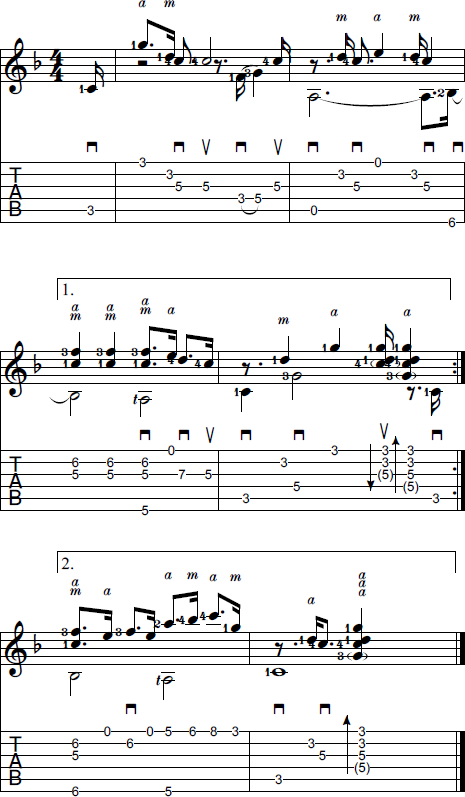