Three beginner level fingerstyle exercises are presented on this page.

Exercise 1
This is a short song in which melody parts are followed by two bass notes. The melody and bass notes are never played simultaneously, but the sustain of both parts should blend them together.
The second note of the first bar is played by using the hammer-on technique; it is not played with the right hand, but the left index finger of your left hand hammer the string onto the fret at exactly the right time. 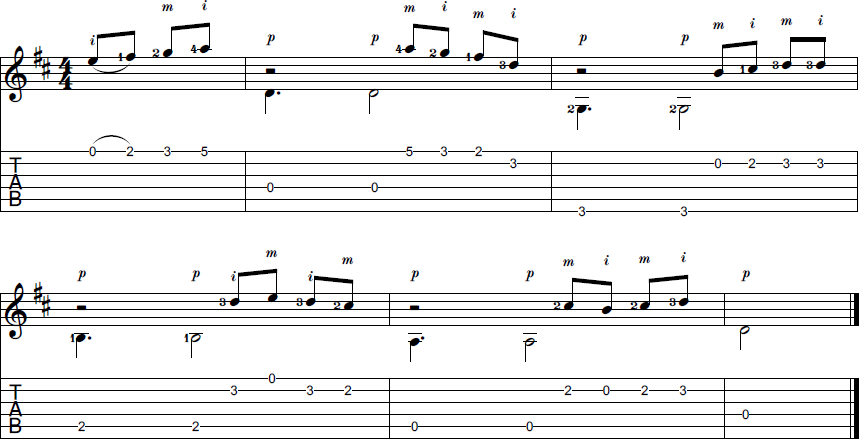 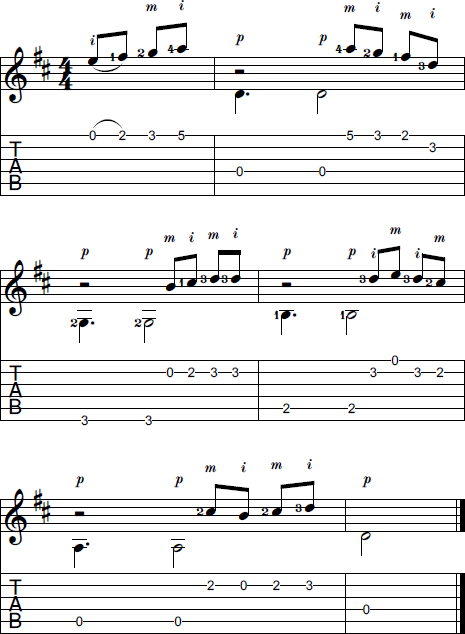 Exercise 2
This exercise features the A chord and two of its variations. The right hand pattern is identical for each of the four bars, whereas the left hand shows variations on the second string.
Try not to remove the left hand index finger and middle finger during the chord changes.
The letters above the sheet music indicate that all notes on both the fourth and fifth string are played with the thumb, whereas the index, middle and ring finger are devoted to just one string each. 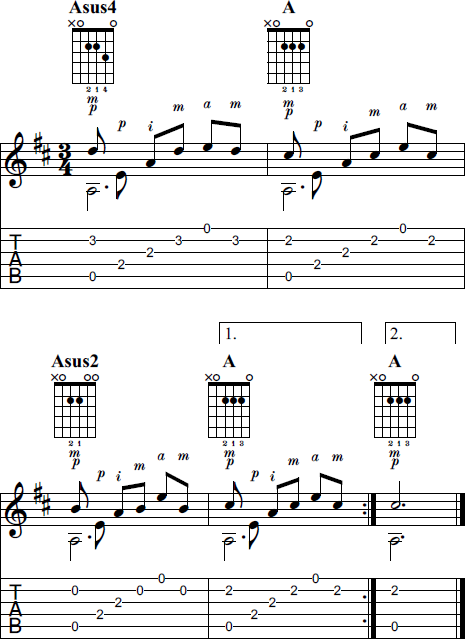 Exercise 3
The notes played with the thumb are accentuated, while the open strings are played just gently.
Try to keep the strings fretted with the left hand until right before the particular string is needed again. This will be challenging in the beginning, especially for the little finger, as one needs to build some muscles by regularly playing these kind of exercises. 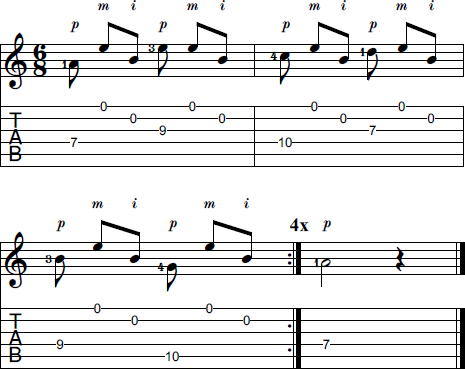