A string needs to be muted at a specific location in order to play a harmonic. For the artificial harmonics technique this is done with the right hand, as the left one already needs to fret the string. A number of exercises is presented on this page that can be used to develop this particular technique.

Exercise 1
The harmonics in this first exercise are played on open strings, but without the use of the left hand.
The tip of the right index finger should gently touch the string above the twelfth fret, without causing any displacement of the string. The string is played with the thumb.
It is also possible to play the string with the ring finger instead, which is demonstrated in one of the following exercises.

Note that this exercise is only meant to practice the right hand technique; these notes aren’t artificial harmonics, as the harmonics are played on open strings instead of fretted strings.

Exercise 3
Harmonics are played on the D, C and G chord.
Like in the previous exercise, the right index finger needs to touch the string twelve positions above the position that is fretted with the left hand.
As harmonics could sustain for a long time, the fingers of the left hand should stay on the frets as long as possible. 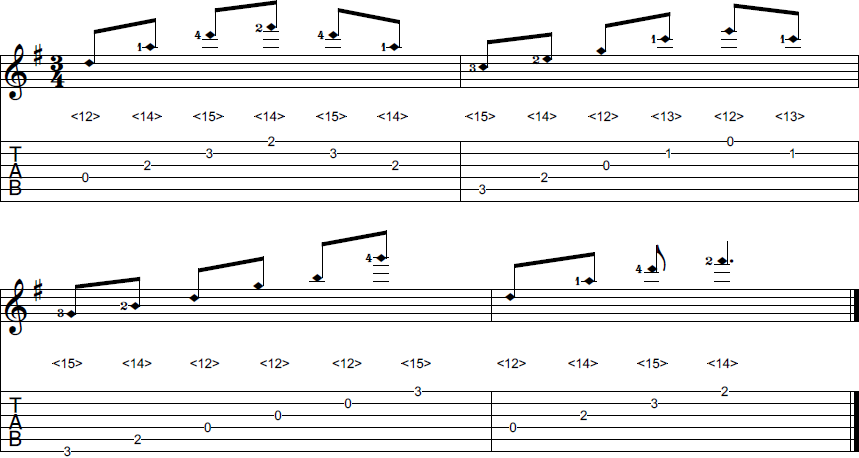 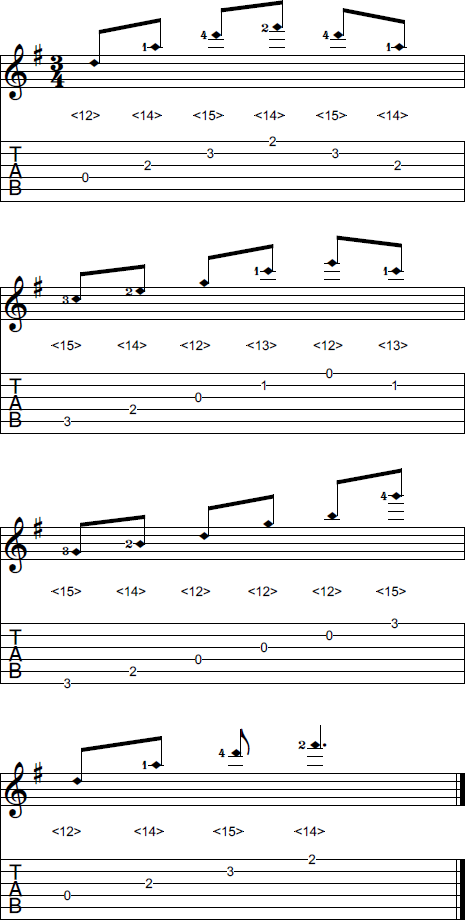 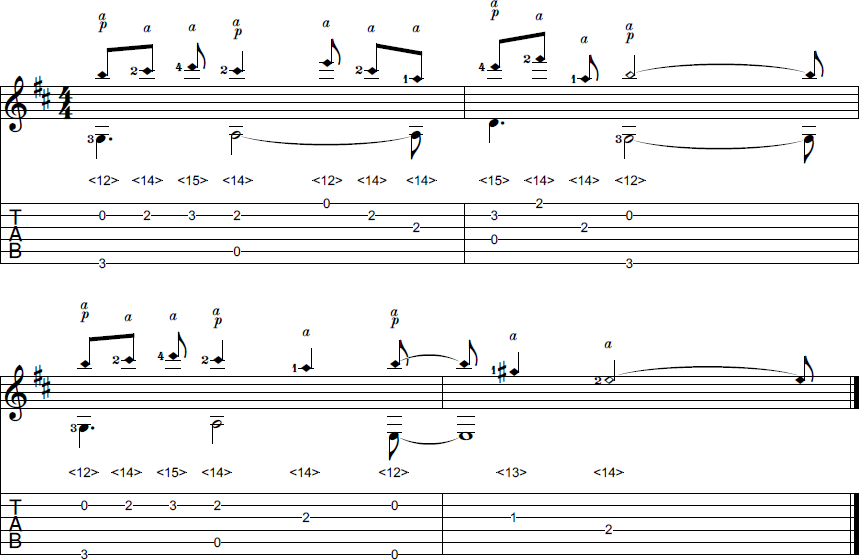 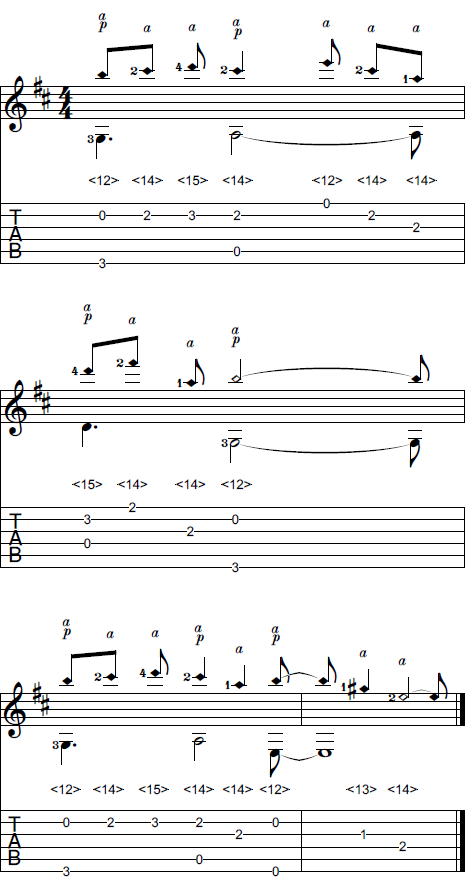 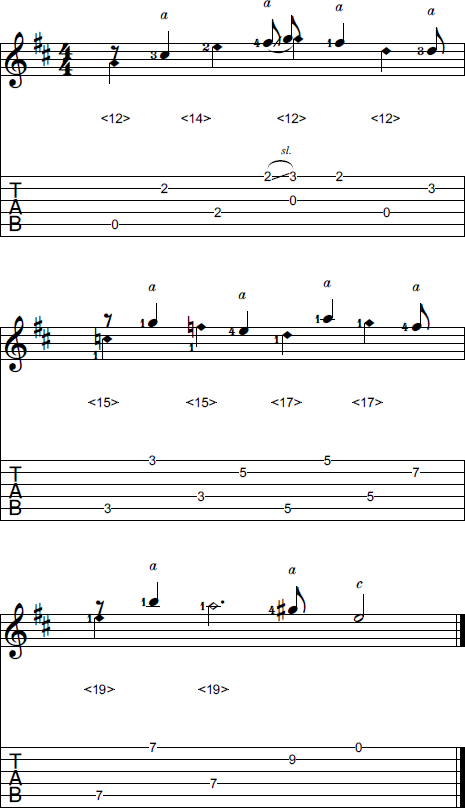