The possible amount of tone combinations that can be played on a guitar, is limited by both the physical constraints of your hands and the tuning of the strings. Using a different tuning opens up a world of new tonal possibilities, as it enables one to play combinations of tones that were not possible before.
Alternate tunings are also used to extend the guitar’s range if, for example, the sixth string is tuned down to a D.

For each of the fragments on this page, the sixth string needs to be tuned down to a D. Although in this particular fragment the low D is only played once it already shows that the extended range adds a new layer to the music.
The first bar is completely played with the thumb, as well as the majority of the notes in the second bar. It is important to sustain the notes as long as possible, especially the ones on the sixth string; the left hand fingers should not be lifted until just before the next note is played. 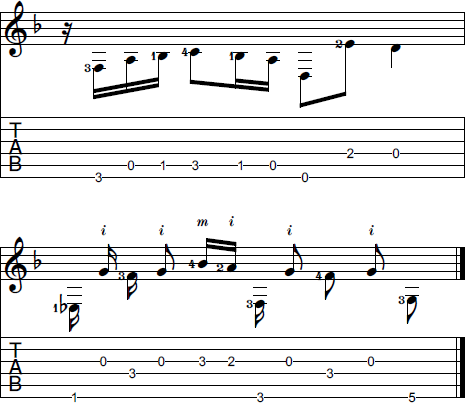 Like the previous exercise, this fragment is also played with the sixth string tuned down to a D.
The first note is played with an increased volume in order for it to sustain and blend in with the next bars.
In the second bar a partial barre is made with the index finger; be careful not to mute the sixth string with the fingertip.
At the end of the third bar a partial barre is created again, as the index finger needs to fret both the first and fifth string on the first position. 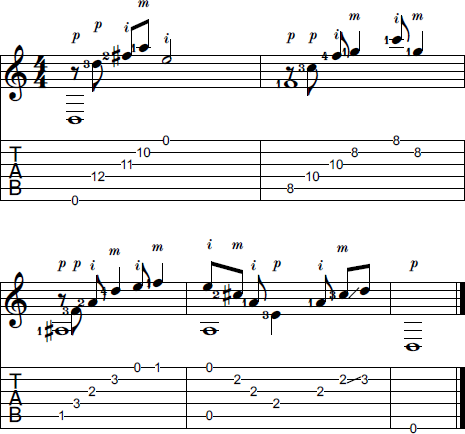 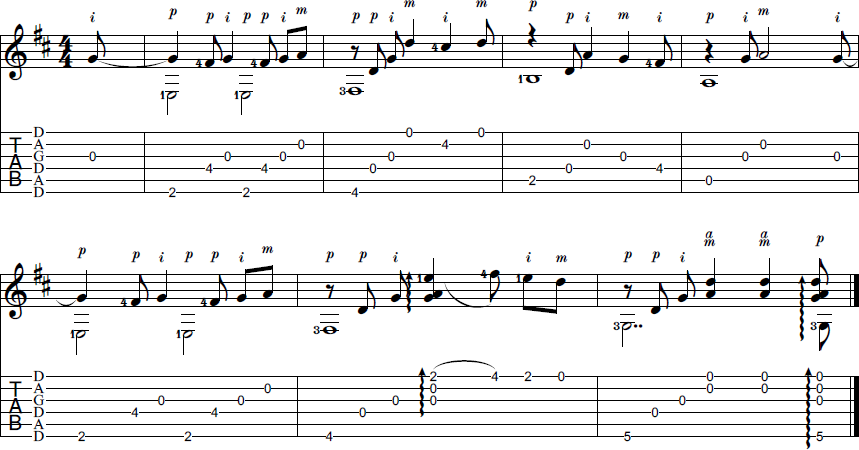 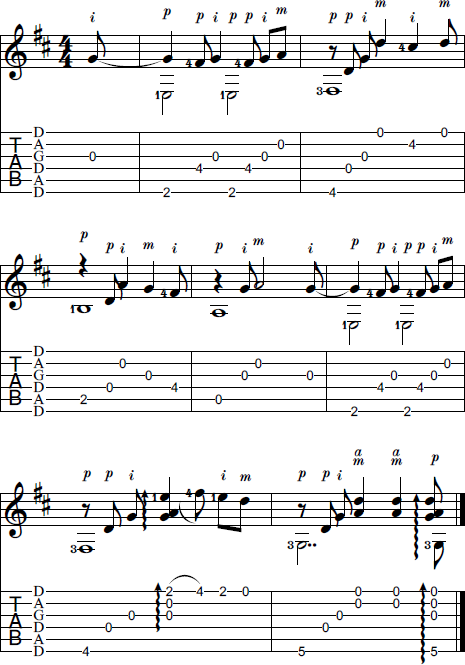 This exercises uses a capo, which is placed on the third position. Although it might seem contradictory to both tune down some strings and to use a capo at the same time, the different intervals between the strings enable one to play tone combinations which are difficult or even impossible to play in standard tuning. 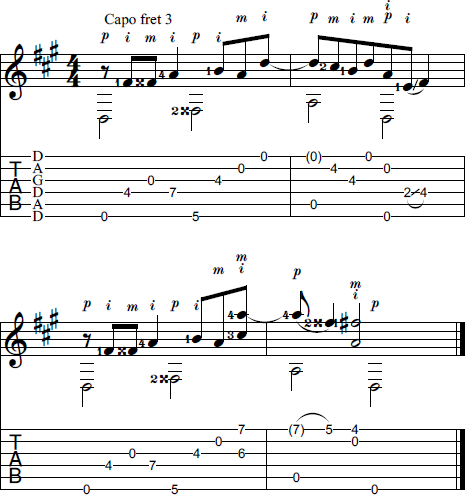